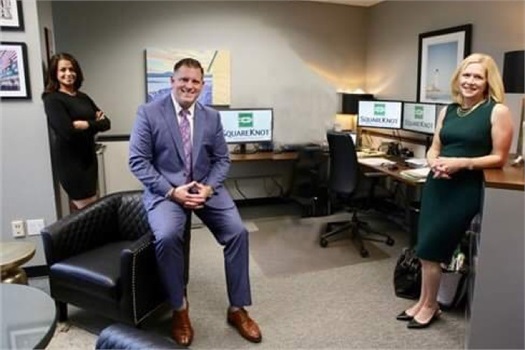 Our reasons for becoming financial professionals are deeply personal. We repeatedly saw many friends and family struggling to find the help they needed to map out their financial future. We are confident that with our understanding of personal finance, coupled with our training as financial professionals, we strive to help people better prepare for the future. After years in the business, we have developed a reputation for educating individuals in an easy-to-understand manner so they can grasp personal finance and use those concepts to pursue their financial objectives. We feel a commitment to our community.

Our team approach adds perspective to all we do and provides increased benefits to our clients. 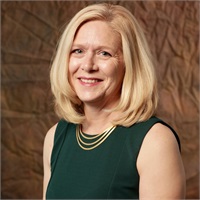 Anne has worked in the personal financial services industry for over 20 years. Six of these years have been alongside Chris and his growing practice. Anne’s focus on excellent client service and responsiveness to their needs mirrors the values of SquareKnot Advisory Partners. She has developed strong relationships with clients over the years and is an integral part of the SquareKnot team.

Prior to working in financial services, Anne had a career in group insurance, working for three of the largest insurers in the country as an underwriter and account manager. During every stage of her professional career, Anne has remained focused on clients and delivery of quality products and experience.

Anne lives with her family on the beautiful Connecticut shoreline. She serves as Co-Chair of Pilgrim Fellowship, a non-denominational teen service group. She also regularly volunteers in her local community. Anne and her husband Steve, enjoy time spent with friends & family and on their boat. They are preparing for an empty nest, as their son Carter prepares to graduate from high school. 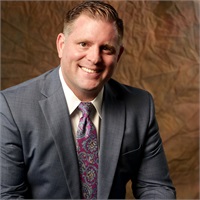 Chris is the Founder & Lead Advisor of Squareknot Advisory Partners. Chris’s daily focus is the development and delivery of his advisory relationships and a world class service experience to every client.

Chris began his career with Waddell & Reed in 2003, starting his practice directly out of college. Chris’s client centric focus, emphasis on utilizing the financial planning process and robust service has earned him several awards during his career such as Pacesetter in March 2004 and Pacesetter Gold in May 2004 (that month he was also named Pacesetter of the Month). Based on his 2012 performance, Chris was awarded a seat on the 2013 President’s Council, a award given to the firm's top 12 advisors annually and considered the firm’s highest award.  Chris has held a position on Waddell & Reed’s Client Experience Committee which seeks to work with executive leadership on key enterprise initiatives and strategic plans for advisors throughout the country to better service all clients.

During his career as a financial advisor, Chris fully embraced Waddell & Reed’s over 80-year fabled heritage of carrying forth an actively managed investment strategy surrounded by a carefully developed financial plan. Chris and his team work closely with clients to define their goals & objectives, gather thoughtful data to analyze and review and, finally, present clients with carefully outlined strategies. These individualized plans are continually reviewed over time to keep clients on course. Chris and the team deliver a robust client experience throughout the year, at the core of which lies regular, meaningful communication on all fronts.

Chris holds the CERTIFIED FINANCIAL PLANNER™ certification as well as a Chartered Retirement Planning Counselor and Chartered Mutual Fund Consultant designations. His commitment to maintaining the highest levels of expertise is embodied by his participation in ongoing professional education and training.

Chris grew up in Madison, CT. During his teen years, he achieved the rank of Eagle Scout in the Boy Scouts. Chris graduated from UConn with a Bachelor of Science in Psychology.  During his time at UConn he played Division 1 Rugby and his team participated in the NCAA Sweet 16 tournament twice.

Chris loves spending time with his son Jake and enjoys playing an active role in Jake’s activities such as coaching his sports teams and helping his Cub Scout pack.  In his spare time, he enjoys cooking, traveling, mostly to his camp in the northwest mountains of Maine, enjoying the outdoors in all formats, and working on his private pilot’s license.

The President's Council award was presented annually by Waddell & Reed and is based on an analysis of investment, insurance and financial planning sales generated by the advisor. Award is not based on any client experience and is not indicative of the advisor’s future performance. For more information regarding the award please contact the advisor.

The Pacesetter award was previously presented to first year advisors by Waddell & Reed based on sales production. The award is not based on any client experience and is not indicative of the advisor’s future performance. For more information regarding the award please contact the advisor. 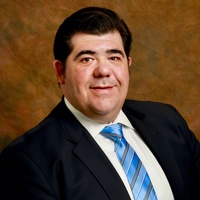 Kevin has been a licensed professional in the financial services industry for 17 years. He started his career at Waddell & Reed as a Financial Advisor and has spent the most recent 15 years at Prudential Financial and Raymond James Financial Services. Kevin brings a wealth of knowledge, experience and understanding of the financial planning process, that will make him an invaluable partner to the firm and our clients. Kevin is a licensed LPL Financial Advisor who strives in helping people pursue their goals.

Kevin grew up in Branford and now resides in North Branford. He graduated from Plymouth State University in New Hampshire with a Bachelor of Science degree in Business Management. He is engaged to his fiancé Jennifer whom he has known since high school and is set to wed in the Spring of 2022.

Outside of work Kevin and Jennifer spend their time enjoying the outdoors and all that northern New England has to offer, from hiking to skiing, snowmobiling, and boating. They also enjoy spending time with their 3 young nephews.

Kevin is excited to be a part of the Squareknot team and looks forward to assisting you alongside me, Anne & Stephanie! 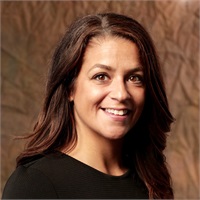 Stephanie excels at and has enjoyed working in the client services & customer service for over 14 years.
On a daily basis, she helps to support and grow the client- centered and relationship-oriented practice & help develop Squareknots marketing platform. Prior to joining Chris’ team at Waddell & Reed, she worked over a decade in the New York City’s garment district – primarily growing the brand Starter amongst many others. The fast pace & energetic environment from the city rolls into her personality, making her a perfect fit with the team. Stephanie’s background in marketing has made her invaluable in planning events and working on other initiatives. She worked closely with Chris and Anne in coordinating the SquareKnot’s brand launch event and is looking forward to help plan upcoming events in the near future!
When she is not at work Stephanie loves spending time with her 8 year old son Joey and is a proud Travel Baseball mom!